How did Cubed start? 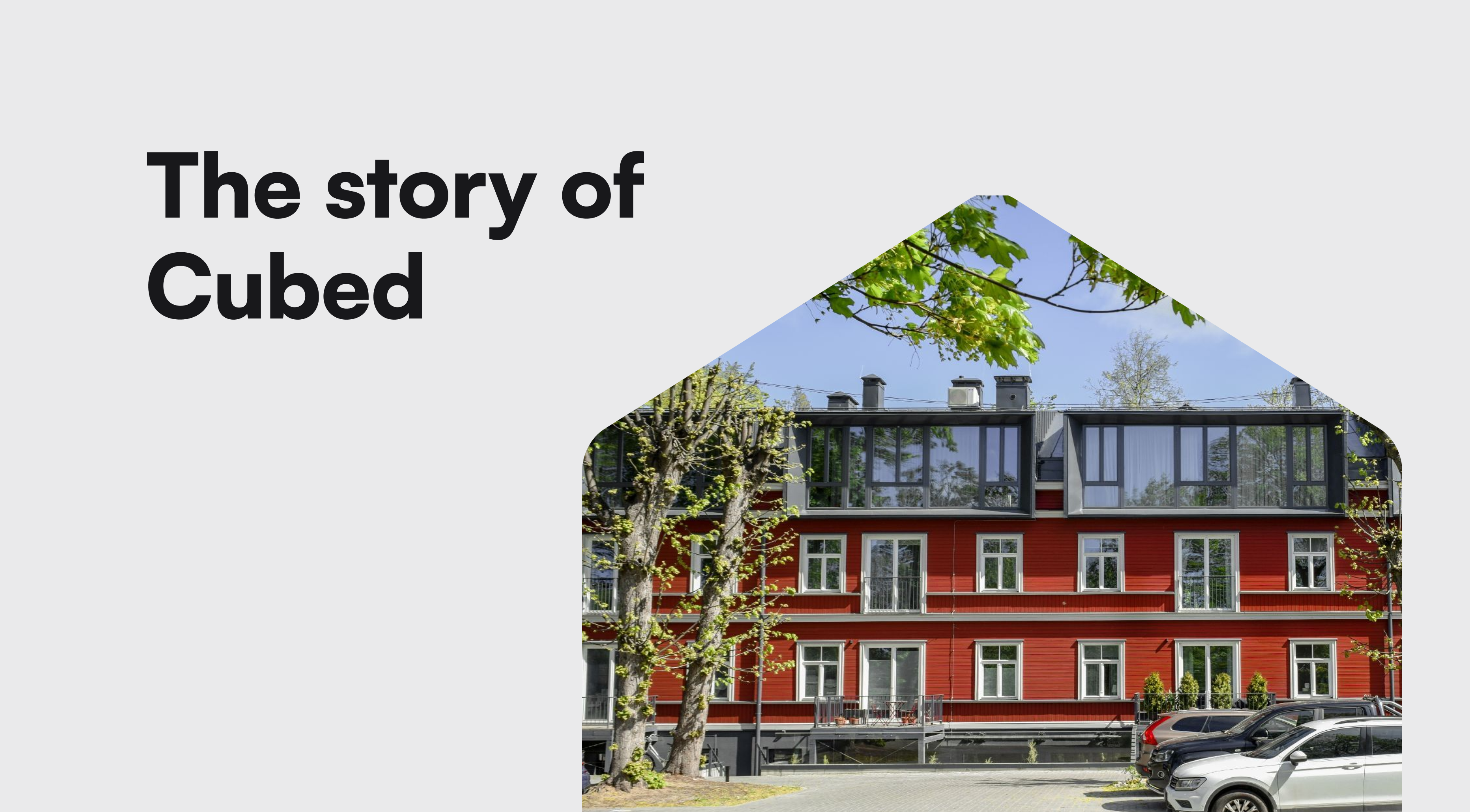 The conception of the customer-first approach came about 10 years ago while the Cubed founder’s were developing wooden buildings in Riga under the KKubā brand.

We fully renovated several buildings over the years, all involving the homeowners right from the start. The most well-known of these are two buildings on Lapu street originally built in 1914, named Laimes Ābeles (apple trees of happiness) . Characteristic to the Agenskalns area, the first building is stretched out along the street with generous land behind it, and the second is situated off-street.

The renovation started in 2018, and this project provided us the opportunity to test both the limits of our ideas, such as community-developed real estate, and to develop a sound and structured financial and legal framework.

The project resulted in 22 unique units ranging from 22m2 to 163m2.All of them were financed by banks and were fully aligned with the interests of the community, which allowed the buildings to be reborn in a new light.

We believe this project set the bar on how buildings should be developed in the future.

The real estate series Adreses said that with Lapu iela, “all condos were tailor-made for each customer. A person comes, tells his wishes and needs, and in a specific place in the building, the condo is taken and modeled as per the client’s needs. The interior design also was included in the creation according to the style chosen by the client.”

Examples from condos at Lapu street 19:

Now, we are launching a new concept under the brand Cubed where our self-service platform enables customers to be in control of the layout, interior design, and surrounding amenities of their homes with the full support of our in-house team. We enable people everywhere to live in sustainable homes that are built without compromises.

Cubed consists of experienced professionals in real estate development, architecture, technology, and finance. We have set out to create a world where people can plan, design, and negotiate their future cities and buildings together with others from anywhere – without restriction or compromise to our planet.

To learn more about our first project, you can view the series from “Adreses”, which talks about how Cubed started and its first buildings.

We use cookies on our website to give you the most relevant experience by remembering your preferences and repeat visits. By clicking “Accept”, you consent to the use of ALL the cookies.
Accept
Manage consent

This website uses cookies to improve your experience while you navigate through the website. Out of these, the cookies that are categorized as necessary are stored on your browser as they are essential for the working of basic functionalities of the website. We also use third-party cookies that help us analyze and understand how you use this website. These cookies will be stored in your browser only with your consent. You also have the option to opt-out of these cookies. But opting out of some of these cookies may affect your browsing experience.
Necessary Always Enabled
Necessary cookies are absolutely essential for the website to function properly. These cookies ensure basic functionalities and security features of the website, anonymously.
Functional
Functional cookies help to perform certain functionalities like sharing the content of the website on social media platforms, collect feedbacks, and other third-party features.
Performance
Performance cookies are used to understand and analyze the key performance indexes of the website which helps in delivering a better user experience for the visitors.
Analytics
Analytical cookies are used to understand how visitors interact with the website. These cookies help provide information on metrics the number of visitors, bounce rate, traffic source, etc.
Advertisement
Advertisement cookies are used to provide visitors with relevant ads and marketing campaigns. These cookies track visitors across websites and collect information to provide customized ads.
Others
Other uncategorized cookies are those that are being analyzed and have not been classified into a category as yet.
SAVE & ACCEPT